Chapul Farms: «Farming insects to save the world» 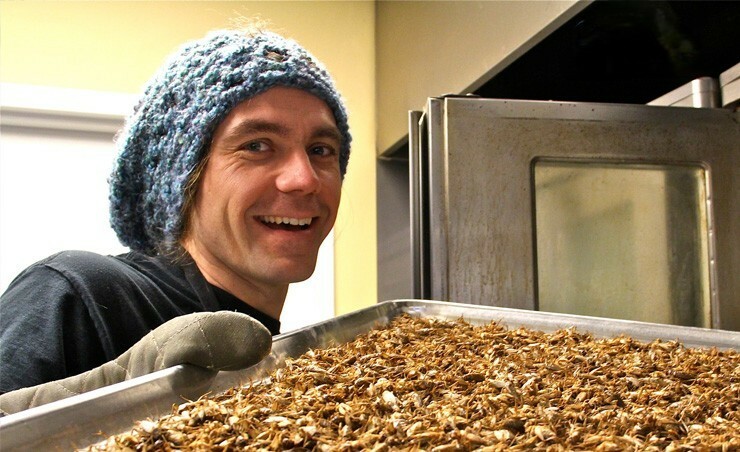 Pat Crowley talks about how he went from producing an alternative protein for humans to recycling waste and creating animal feed.

Pat Crowley started breeding insects for processing into an alternative protein in 2012 and was one of the first in the United States to offer such a "non-standard" approach in agriculture. Realizing the uniqueness of the project, Pat launched a fundraiser on Kickstarter. In 2014, his company made headlines when Mark Cuban invested in the first production of cricket protein bars in the United States, thereby giving an impetus to attract financing to the industry as a whole.

Pat regularly speaks at TED and other events, realizing how important it is for the development of the industry to talk about a new product, to work with the fears and objections of a potential audience.


However, unlike many others, Pat quickly realized that products based on alternative protein for human nutrition are still poorly in demand in the US and European markets, since they are not traditional for northern latitudes. At the same time, insect protein is actively used in animal nutrition, in the production of feed. And this is not the only direction where you can develop a business on insects.

Chapul Farms, founded in 2018, allowed us to focus specifically on the use of black lion larvae. This is a unique insect. The feed substrate for it is various vegetable raw materials, including low-value and not suitable for food, which allows it to be used for processing organic waste. This approach has advantages over anaerobic methods and composting (for example, it reduces greenhouse gas emissions by 70-90%).

Insect farms not only destroy waste, but also create natural animal feed and biofertilizers. Insects are the most promising alternative to fishmeal because of their positive impact on animal health and well-being and their ability to scale.

I am regularly convinced that adding insects into the broader landscape of agriculture is a profoundly pivotal course of action to ensure long-term food security on planet earth. There is growing support from the scientific community focused on long-term global agriculture that we need to increase: biodiversity, climate resiliency, systems integration, and tighter nutrient/carbon cycles. Insects, and the microbial ecosystems they bring with them, shine in all categories. They are also demonstrating a role in bioremediation of some other massive challenges in our pipeline: water quality/availability, soil health, and carbon sequestration, to name a few.

Today, Pat's company is engaged in the production of special plants for growing these insects and helps private companies and city authorities to deploy such farms in the selected territory.

In 2020, Pat was able to raise an additional $2.5 million for the company's development and business scaling. Today these are 7 large industrial projects.